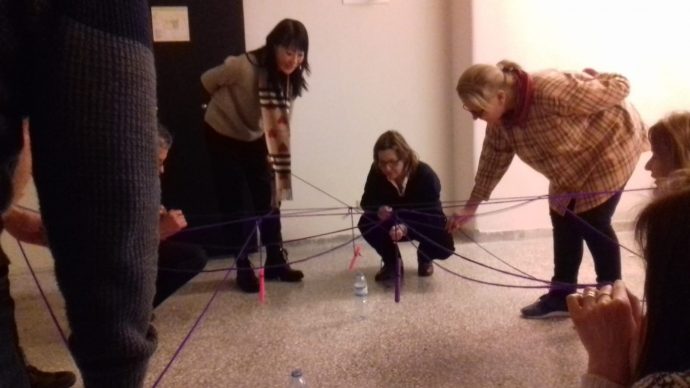 Training of Trainers took place on 15 through 18 of January, the MILT team met in Athens Greece. The objective of the meeting was to share and learn more about each other’s progress and teaching practices.

At this meeting, we had the pleasure of having our team members from Cyprus, Greece, Ireland, Portugal, and Denmark.

On the meeting day, we were graciously welcomed by Eirini, Danai and Vassilis from PLATFORMA at the inspiring creative hub Romantso, which is located near the Athens City Hall in a very diverse neighborhood.

The meeting was very fruitful and recharged our creative and intellectual batteries, we discussed a lot about our objectives and made plans for the future of the MILT project.

Below you can find our photos from the event, as well as two screenshots of the MILT world developed by the Portuguese team and played by each partner. One of the challenges for trainees was to build in Minecraft their country flags.